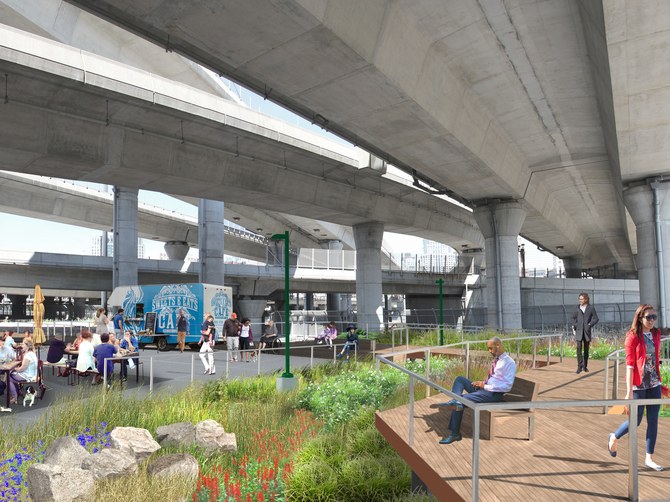 The stark underpass of Interstate 93 will be a flourishing urban park come June.

On Wednesday, the Massachusetts Department of Transportation and National Development announced plans for Ink Underground, an urban park that will span eight acres partially under Boston’s Interstate 93. Stretching from Albany Street to the Fort Point Channel, the park will serve as a connector between the South End and South Boston neighborhoods via pedestrian boardwalks, art and cultural installations, and bicycle paths along the channel.
READ MORE on architecturaldigest.com