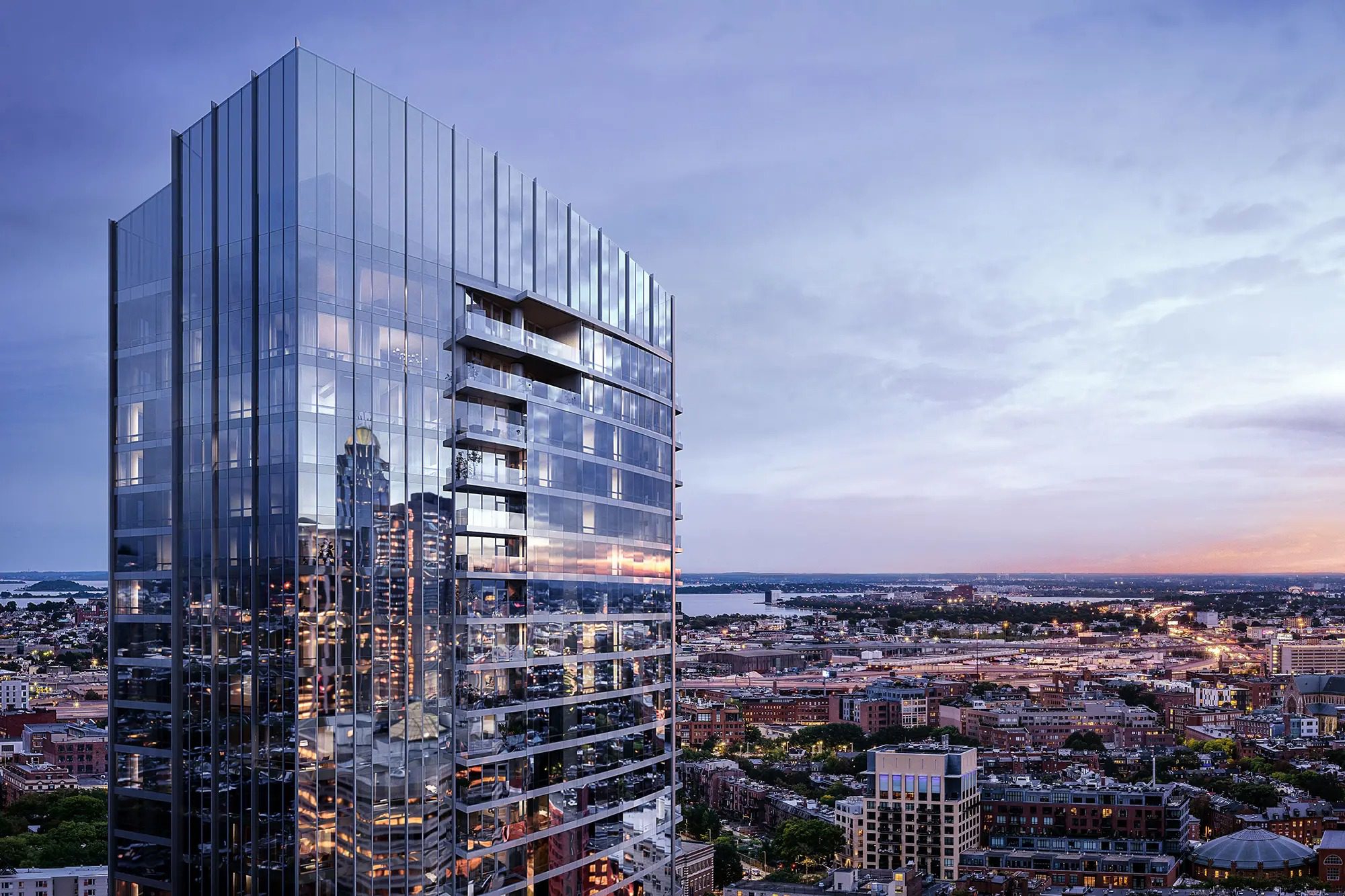 Known for its iconic Raffles Hotel in Singapore, first opened in 1887 and still today serving as a waypoint for cosmopolitan jet setters, the brand has since opened a string of other luxe properties throughout Asia and Europe.

Now, Raffles will bypass the major metropolises and luxury hotel scenes of Los Angeles, New York, Chicago and Miami to instead open its first North American location in Boston, the land of the Pilgrims and birthplace of Dunkin’ Donuts.

“[We] bid on the site in 2011 with the idea of putting a couple stories on the site and doing a mid-priced hotel,” said Warshaw. But after four years of zoning and permitting, the courtship of various hotel brands had begun.

“All of the high end brands are interested… but we really fell in love with Raffles as the perfect partner for the site,” he said.

“Some luxury brands looked at our plans and said things like, ‘You need to change this, or we need to have a chandelier ten feet inside the door,” said Warshaw. “But Raffles told us that their brand standards were to have an incredible level of service, architecture, design and atmosphere, and for every hotel to reflect its neighborhood.”

“It was going out on a limb in a sense, because the [larger international] brands are better known in the U.S., and may have more European locations people know,” said Warshaw. “Raffles is very known to global travelers but not as well known to less global travelers.”

After a year of Covid- and supply-chain-related construction delays, Raffles Boston is on track to open in May 2023. And with seven months to go, 35-story glass skyscraper, which contains 147 hotel keys as well as 145 residential units, is already breaking records.

With an average sales price of $3.8 million, Raffles Boston is the most expensive real estate per square foot in Boston’s history—and, according to Sue Hawkes, managing director of the residences’ exclusive marketing agent The Collaborative Companies, inventory is already 75% sold out. TCC is the exclusive marketing agent in partnership with New York’s The Marketing Directors.

“There have been one-off high sales in the city that are exemplary, but to have a building this close to sell-out this this volume and price is pretty extraordinary,” said Hawkes.

And despite Raffles’ international connotation, Hawkes shared that not a single buyer is international. Nearly all, in fact, are from the greater Boston area.

Hawkes believes that the building’s success with sales “wasn’t just about the finishes and the kitchen,” but had more to do with the “intangible but meaningful” amenities: 24-hour dedicated concierge, 24-hour doorman and security, 24-hour valet, butler services, wine selection services from a sommelier, nutritionist and wellness consultations, housekeeping, preferred access to the hotel spa, and more. Residents will also enjoy a pied-à-tierre reciprocal use program, through which nights in an owner’s unit can be exchanged for nights in select Raffles, Fairmont, and other Accor Hotels and Residences globally.

The arrival of Raffles Boston also marks a new chapter for the city’s special events and weddings landscape. Located on the 19th floor and accessed from the Sky Lobby, the hotel’s event spaces will offer panoramic views of the Boston area, from the Financial District to Cambridge. In addition to a 3,000 square foot Ballroom, five additional meeting rooms, including a Board Room and smaller breakout rooms, will offer both residents and hotel guests a range of in-house options for entertaining and business events. There will be a total of six food and beverage venues throughout the building, including a ground-floor patisserie, a rooftop terrace, and three distinct restaurants.

Throughout the premises, however, the developers took care to prioritize smaller, reservable common spaces.

“If you think of a Back Bay townhouse, you don’t enter into these cavernous rooms,” said Warshaw. “On each floor there may be four smaller rooms, a couple different living areas, dining areas. We broke this building up into a large number of intimate spaces as opposed to great room common spaces. We’ve captured the spirit of a Back Bay brownstone in a 400-foot glass tower.”

That spirit is what Warshaw and his partners hope will turn Raffles Boston into an instant classic.

“Bostonians don’t like buildings that could be easily dropped in Chicago, L.A. or Dubai,” said Warshaw. “So we really hit it off with Raffles because they encouraged us to do something very Boston-feeling.”

While Boston has a reputation for being a bit salty and perhaps a bit mired down in its own history (there’s something about Happy Hours being illegal which still feels vaguely Puritan), the city is also among a select cadre of international destinations that have two Four Seasons, two Ritz-Carltons, and, soon, one Raffles—an honor which not even New York City can claim.