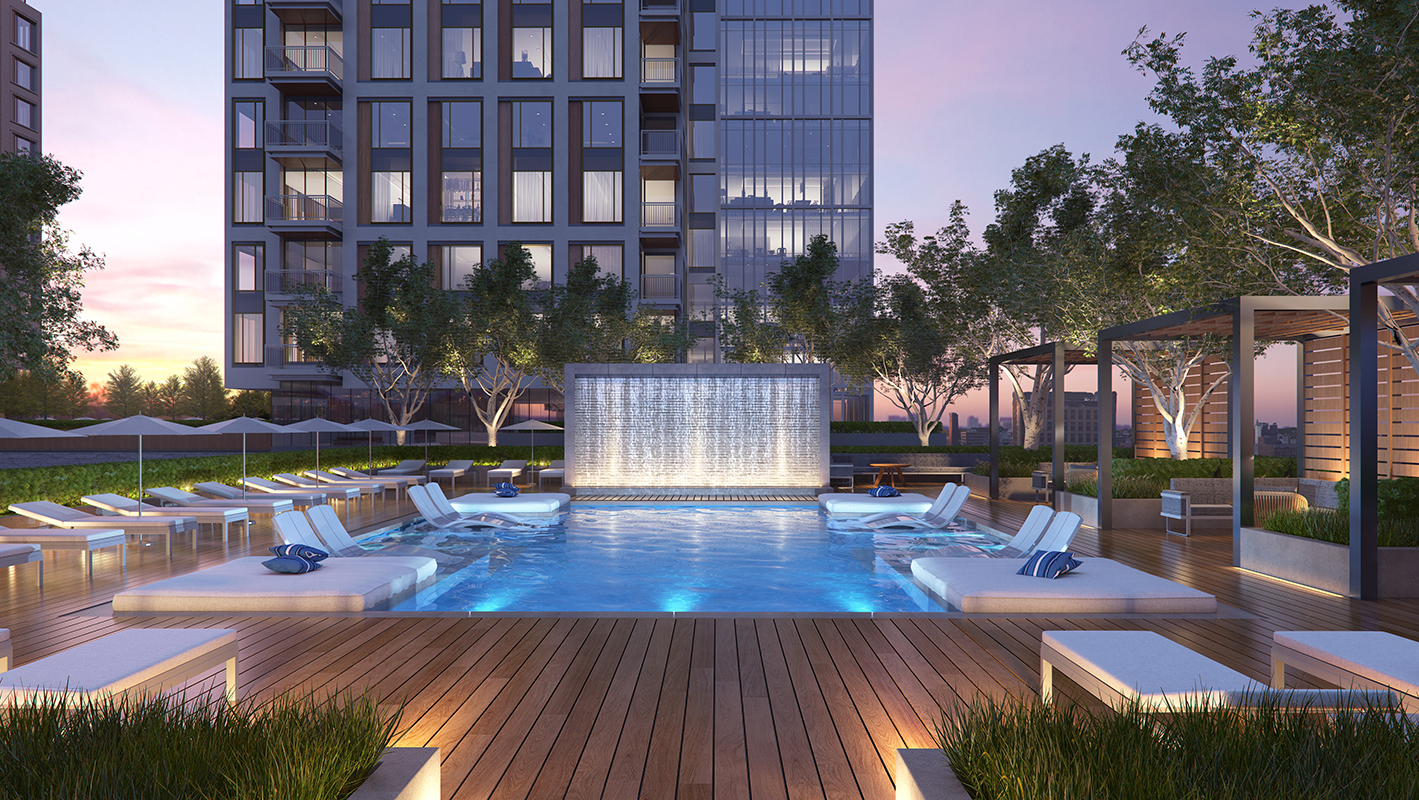 EchelonSeaport is listing entry-level studio units starting at $700,000 and one-bedroom units for approximately $1.1 million. A sales office has opened at the nearby 101 Seaport office tower, with The Collaborative Cos. of Boston as sales and marketing agent for the Boston waterfront’s largest condo development.

The three-tower design reflects the size of the 3.5-acre site – unusually large by Seaport District standards – and structural considerations imposed by the MBTA Silver Line tunnel that runs diagonally under the property.

Two levels of retail and restaurant space in each tower will face surrounding streets as well as a central public courtyard, while a large shared terrace will include a swimming pool and outdoor dining for residents.

Designed by CBT Architects and Kohn Pedersen Fox Assoc. with interior lobbies and amenities by Jeffrey Beers, the varied facade and towers which step down to 14 stories allow many units to have views in more than one direction.

Approximately 70 percent of the residences will have step-out balconies, or “Juliet balconies,” with safety railings and inward-opening doors, said Rebecca Mattson, Cottonwood Management’s head of East Coast development. Penthouse units on the 18th through 20th floors, with prices topping $5 million, will have their own private terraces. City regulators’ requirement that developers show how buildings’ shadows will affect the surrounding neighborhood influenced the design of the towers and outdoor amenities, Mattson said.

“They want to see where the shadows are, but we wanted very much to see, what is the pool like? What is the courtyard like?” Mattson said. “We just want this to be a sunshine funnel. We looked at every single location and said, ‘How do we maximize the sun?’”