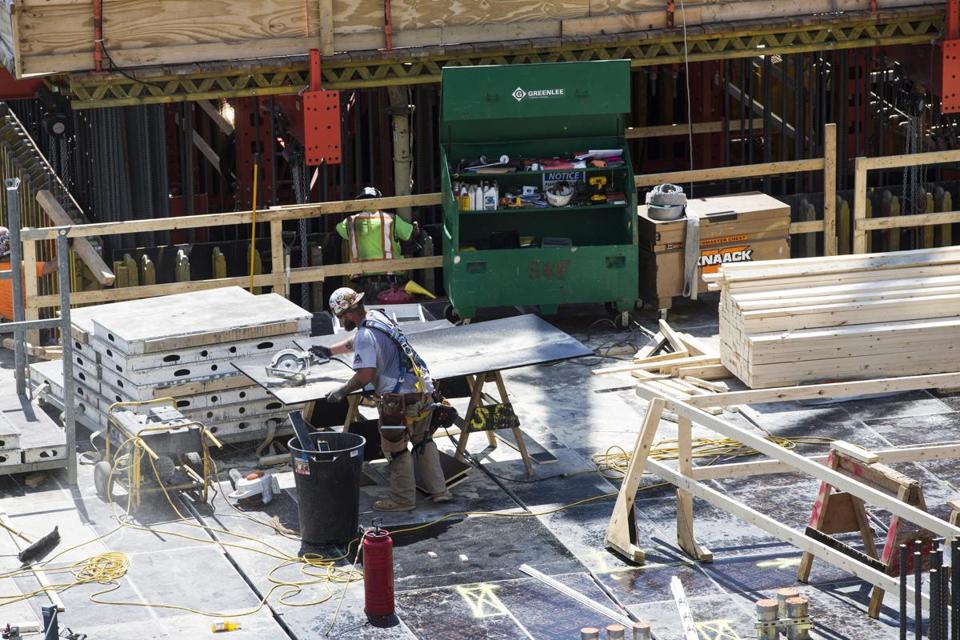 Bingyi Chen, a Chinese immigrant who lives in Concord, has bought at least 16 units at the new Millennium Tower for $15.6 million — all in cash.

After years of going up, rents in Boston’s superheated real estate market may have finally reached a peak.

Data released Thursday show that apartment rental prices fell slightly at the end of 2016 — the first drop since 2010 — amid a surge of new buildings that have opened in Boston and neighboring cities such as Cambridge, Chelsea, and Somerville.

The decline was modest, just 1.7 percent — or $36 a month on the average lease of $2,038, according to the rental-tracking firm Reis Inc. But it was the latest and clearest sign that the flood of construction in Boston is putting a lid on prices, at least at the upper end of the market.

“When you put that much supply on the market, you’re going to disrupt the equilibrium,” said Sue Hawkes, chief executive of Collaborative Cos., a real estate marketing firm in Boston. “That’s what’s happening.”