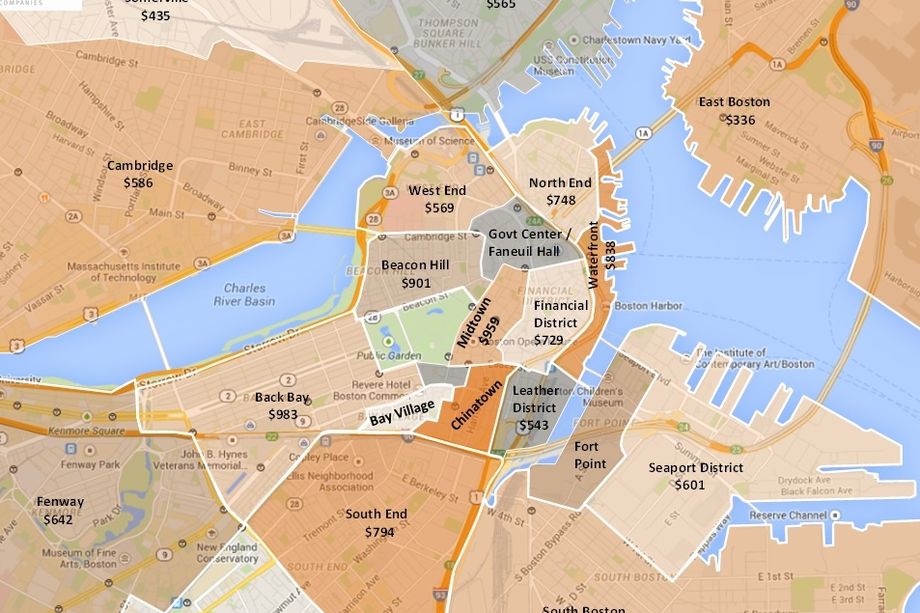 Back Bay is typically Boston’s priciest neighborhood for condo purchases, what with its titanic trades in achingly quaint brownstones and townhouses or similarly giant ones in much taller towers and complexes. Yet, according to newly released data from real estate marketing firm the Collaborative Companies, it looks like the Seaport District bested Back Bay in 2015 in that all-important metric: price per square foot. The map above shows the average per-square-foot sales prices for closed condo deals in 2015. The Seaport District is $25 ahead of Back Bay. (We’re going to go out on a limb here and say it was because of the 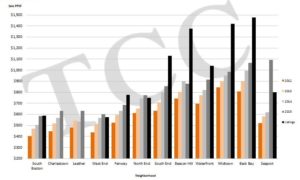 Above is a breakdown by neighborhood going back to 2012. That final, boldest line for each represents the asking prices of listings during the first week and a half of 2016. It suggests that whatever the situation in 2015, Back Bay is set to reassert its pricing dominance in 2016. One final caveat: The top map does not include under-agreement or under-contract deals at Millennium Tower in Downtown Crossing. Once those come through, look for that neighborhood to waft upward in the pricing ranks. For now, it looks like 2015 belonged to the Seaport.