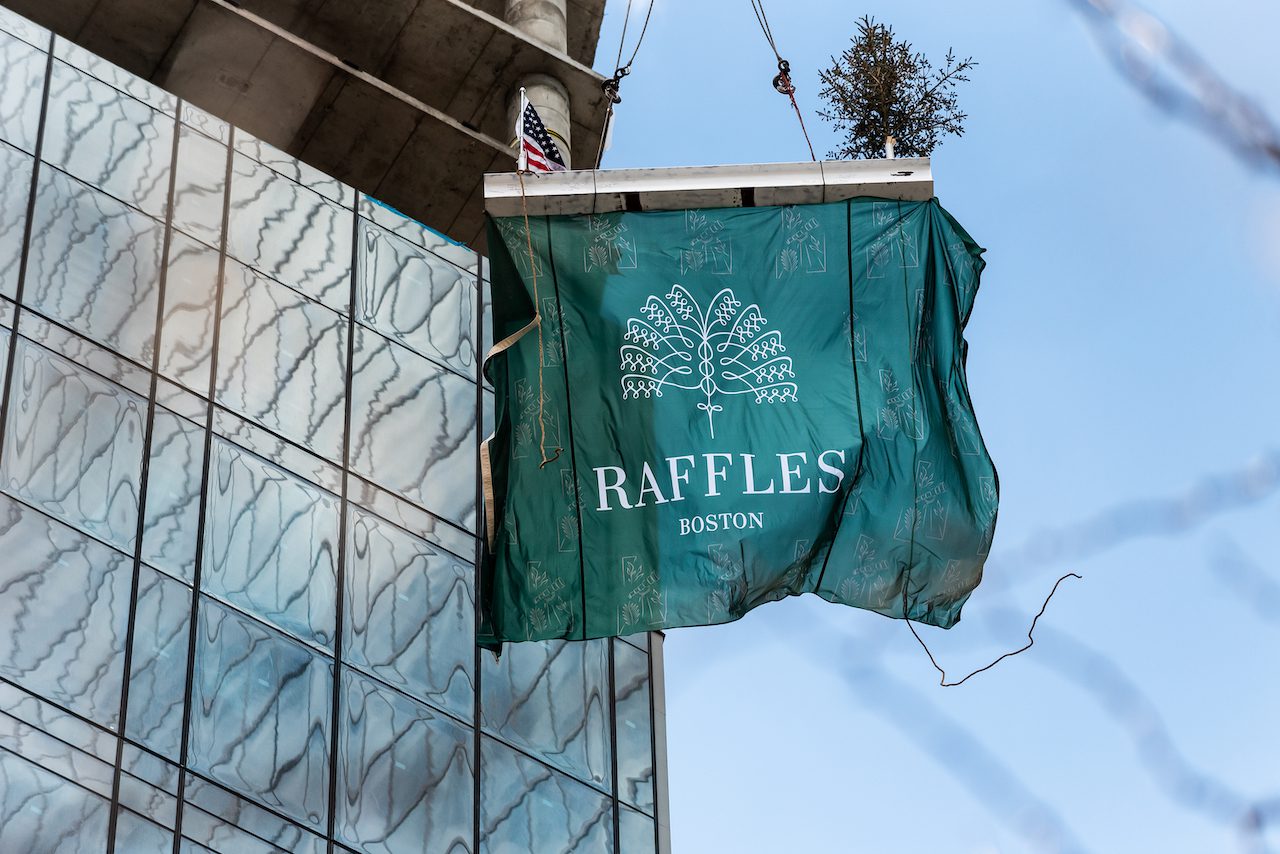 Developers Noannet Group and Saunders Hotel Group are marketing 146 condos on the upper floors of the 35-story Raffles Boston Back Bay Hotel & Residences.

The “friends-and-family” style marketing stage has exceeded developers’ expectations, said Jordan Warshaw, president of The Noannet Group. While declining to give specific numbers, Warshaw this week said a “significant number” of buyers have put down $2,500 to reserve a unit or signed purchase-and-sale agreements.

“The building has sold much faster than we ever would have expected,” he said.

A topping-off ceremony is scheduled today at the site, located at 40 Trinity Place near Copley Square, marking the completion of the building framing. Construction crews have completed installation of the curtain wall up to the 20th floor, and the building will open around the end of the year.

The buyer pool includes primarily local buyers from the suburbs and other high-end condo properties in Boston, Warshaw said.

After a dip in the first year of COVID-19, Boston condo sales in the urban core rose 53 percent in 2021, according to a recent report by The Collaborative Cos., which is the exclusive marketing agent for Raffles. Average condo prices declined 1 percent from 2020 to $1.1 million, or $1,027 per square foot.

Back Bay has the city’s second-highest sales prices per square foot at $1,659, trailing only the Seaport’s $1,915 figure.

“Urban markets that struggled most tended to have oversaturated luxury markets, and Boston’s comparatively tighter levels of high-end inventory rendered it more invulnerable to the market fluctuations,” the TCC report said.

Editor’s note: This report has been updated to correct that the TCC report stated the Boston market was more invulnerable to market fluctuations.